The Shift from Customer Satisfaction to Customer Value 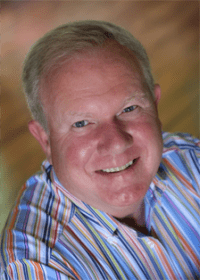 The next significant shift in Six Sigma will come from the jettisoning of the time-worn satisfaction model for the more realistic and information-laden customer value paradigm. The value model is significantly better suited to the information needs of Six Sigma. To many practitioners, consultants, and devotees of Six Sigma parroting the conventional satisfaction wisdom, this will sound like a heresy rivaling that of “the world is not flat, but round”.

The focus on customer satisfaction by managers, black belts and champions is predicated on a simple but false proposition:happy customers are loyal and profitable customers. In its incipiency, Six Sigma grabbed hold of what was the conventional wisdom, one based on little empirical or actual evidence, only a belief in the logic of the nexus between satisfaction and performance. Since then, much evidence has come to light regarding the (lack of) linkage between customer satisfaction and such critical outcomes as profitability, market share, top line revenue, and loyalty. Let’s examine some of this evidence.

In the mid 1990s, Brad Gale (1994), Reidenbach et al (1995), and others started the business world thinking about a new metric called customer value. The genesis of this shift in thinking was caused by empirical and actual evidence that there is no linkage between how satisfied a customer is and her resultant profitability. In the 1980s, both AT&T and Cadillac were experiencing satisfaction scores that were the envy of most companies but, at the same time, were suffering market share losses. In fact, AT&T’s customer satisfaction surveys were showing “the company was scoring well even in the businesses that were losing share most dramatically” (Gale 1994, p. 6). Reidenbach and Goeke (2006) corroborate this inverse relationship from companies that were similarly experiencing low satisfaction scores while at the same time reporting higher than ever EPS numbers. A similar finding was pointed out by Reichheld (2003) with respect to Kmart.

Indeed, in some cases, there is an inverse relationship; at Kmart, for example, a significant increase in the company’s ACSI rating was accompanied by a sharp decrease in sales as it slide into bankruptcy (p.4).

The problems with relying on customer satisfaction was highlighted in a 2003 article by Frederick Reichheld. In discussing what he calls the “wrong yardstick” Reichheld points out,

Our research indicates that satisfaction lacks a consistently demonstrable connection to actual customer behavior and growth. This finding is borne out by the short shrift that investors give to such reports as the American Consumer Satisfaction Index. The ACSI, published quarterly in the Wall Street Journal, reflects the customer satisfaction ratings of some 200 U.S. companies. In general, it is difficult to discern a strong correlation between high customer satisfaction scores and outstanding sales growth” (p. 4)

Further, pointing out the use of satisfaction ratings among car dealers, Reichheld notes

satisfaction ratings for individual dealers did not relate very closely to dealer profits or growth” (p.4)

In a 2006 interview with Chief Marketer, Reichheld further comments on the number of firms still doing customer satisfaction surveys.

“With few exceptions, they’re not done very effectively, and they have very low credibility where it counts. One leading investment bank looked at two years of institutional investor reports in which mutual funds explained why they invested in specific stocks. Out of the 8000 filings, only six mentioned anything about customer satisfaction” (p. 1)

Why has satisfaction proven to be such a poor predictor of performance? There are several reasons. First is what might be referred to as an implementation issue. Many surveys are just poorly done and do not capture the real dynamics of customer behavior. They may be too long, produce low response rates, don’t reach the right individuals, and can be very complicated.

Second, most customer satisfaction surveys focus only on the organization’s customers, ignoring the reactions and evaluations of competitors’ customers. This limited market view cannot capture the give and take of competitive efforts that drive market share.

Finally, and perhaps most significantly, customer satisfaction can not account for the interaction between the quality of an organization’s offering and the price that they charge for it. Satisfaction cannot tell whether customers think a product or service is “worth it”. It is this “worth it” question that is most important to whether customers choose a product or service over a competing offering and continue to use it.

The Directive Nature of Value

Customer value is the result of market-defined quality offered at the right price – not necessarily the lowest price, but the rightprice. This means that understanding and delivering the key components of quality from a market point of view can result in a superior value offering, even with greater price realization. Recent research provided by Reidenbach and Goeke (2006) also adds brand and corporate image as key components of value (p. 26). Most discussions and explanations regarding Six Sigma center around value as a key objective, yet cite customer satisfaction as a desired outcome. This makes little sense.

The importance of customer-defined value to Six Sigma is significant for a number of reasons. First and foremost, Six Sigma requires a customer metric that has linkages to performance – revenue growth, loyalty, market share and overall competitiveness. Six Sigma efforts targeting value (independent variable) will result in improvements in the dependent variable – market performance.

Second, Six Sigma deployments that focus on cost reduction run the risk, if not directed by customer definitions of value, of cutting costs that actually contribute to their overall competitive value proposition. It has been our experience that some companies, in pursuit of short term dollar savings, have frequently reduced their capacity to (a) provide parts in a timely manner, (b) provide sufficient customer service, and/or (c) to provide adequate sales support. These misguided cost reductions come from not understanding how customers define value. Too many organizations rely on internal definitions of value and tend to be very product- or service-focused, failing to understand the entire value delivery system on which the customer relies. Value at the point of production does not necessarily equate to value at the point of consumption.

Value is also the best predictor of market share and overall competitiveness (Gale 1994 p. 26). Six Sigma efforts targeting value enhancement, as directed by the voice of the customer, can produce powerful initiatives driving market share, top line revenue and profitability. Organizations that are recognized as the superior value providers are typically market leaders. By understanding customer-based definitions of value, these leaders can use Six Sigma to leverage their outstanding value propositions for even greater superiority. Caterpillar dealers, for example, are using their customer value information to leverage their current strengths in dealer service to greater levels of performance, thereby creating barriers that are all but impossible for competitors to overcome. Those organizations that are value challengers, on the other hand, can use customer based definitions of value to identify Six Sigma projects that will close the value gap that exists.

Value is also the best predictor of loyalty. Again, according to Reichheld,

Loyalty is the willingness of someone – a customer, an employee, a friend – to make an investment or personal sacrifice in order to strengthen a relationship. For a customer, that can mean sticking with a supplier who treats him well and gives good value (emphasis added) in the long term even if the supplier does not offer the best price in a particular transaction” (2003, p. 3)

The concept of value is not new. What is new is our ability to measure it with a high degree of power and robustness, to identify the critical-to-quality factors (CTQs) and how they interact with price. These CTQs will direct a Six Sigma focus on specific product, people and process areas within the organization’s value delivery system for superior performance. When value is based on the voice of the customer it provides a powerful ingredient in the Six Sigma methodology. It offers black belts and champions the opportunity to broaden their focus from cost cutting to performance enhancement. In this sense, Six Sigma becomes an essential weapon to be applied, not only to cost cutting efforts, but also toward organizational efforts to increase market performance.

Principal and founding partner of Market Value Solutions, Dr. Goeke has pioneered the development of techniques in the measurement of customer and employee value, inter-industry benchmarking of value management, the strategic deployment of value-based initiatives, and the analysis and enhancement of value delivery systems. He received his doctorate from the University of Illinois and was formerly a department chairman at Penn State University.